As the principle of Education materials should be
FREE and OPEN

The best way to develop a clear understanding of usage the modal verbs is to familiarize yourself with various sentence examples. One the most Interesting explanation about applying 会，能，可以 was posted by Linguoholic on his the same name forum. It is short, clear and has pretty good examples. You can check it in this article after the poster. However, by talking about an additional way to consolidate new knowledge in memory, very effective practice is to visualize it in infographic diagram: 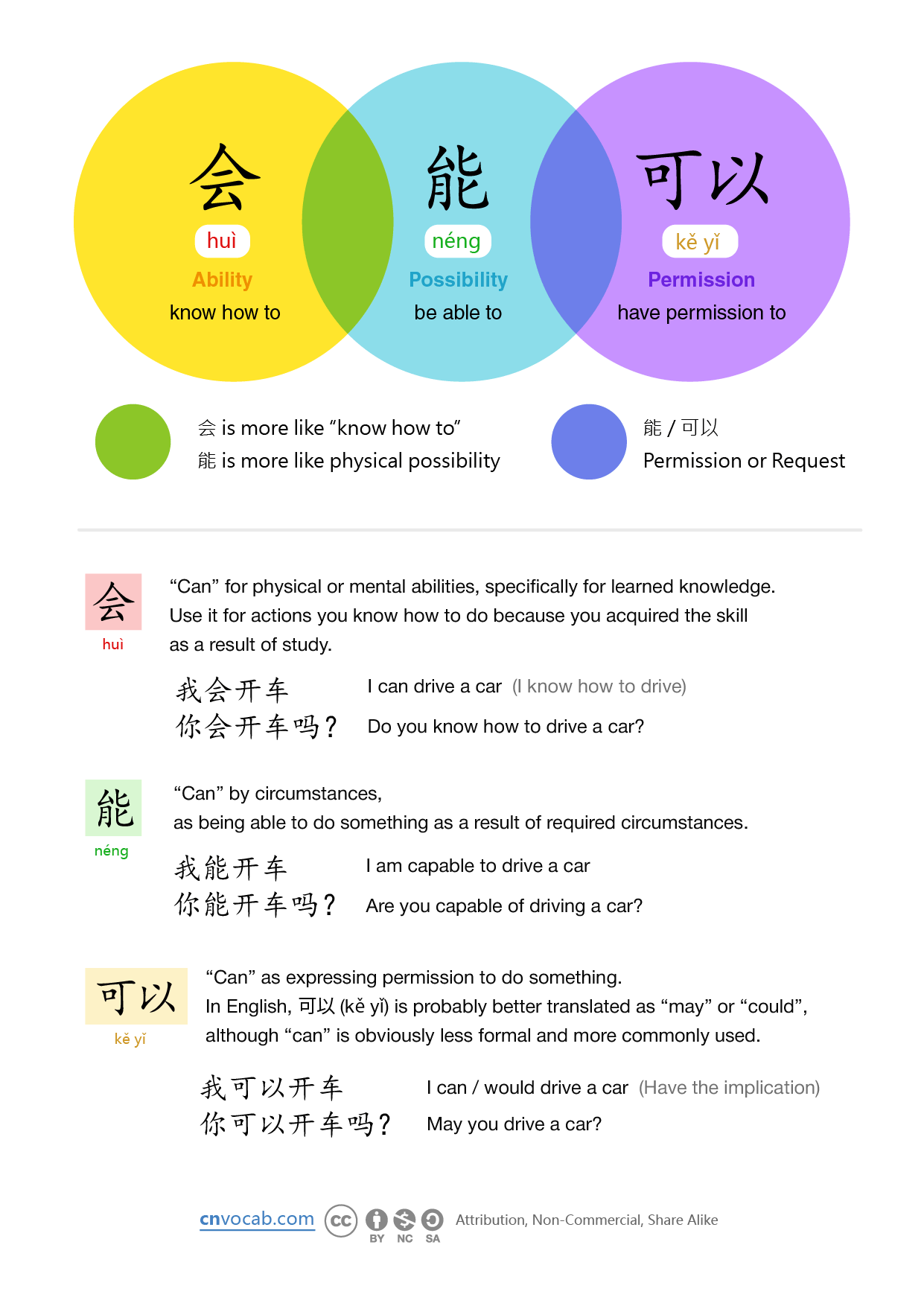 The explanation by Linguaholic:

The modal verb 会 that can either indicate a probability like "be likely to" / "be sure to" or inherent or acquired ability/skill: “can", "be able to", "be good at", "be skillful in":

你会不会说中文？
Can you speak Chinese (or not)?

The difference between 会 and 能 can be explained by the following examples:

我会开车，但是现在喝了酒，我不能开。
I can drive (a car), but now as I have been drinking beer, I am not going to drive.

我会喝酒，但是现在要开车，我不能喝。
I drink beer, but now as I'm driving today , I am not going to drink
( I am not allowed to drink )

The modal verb 可以 implies permission from outside authority, whereas 能 refers to the ability to do something in special circumstances:

你不可以在这儿吸烟。
You are not allowed to smoke here.

我昨晚不能来。
I was not able to come yesterday night. (I didn't make it yesterday.)

Modal verb is a type of auxiliary (helping) verb that is used to express: ability, possibility, permission or obligation. They are placed directly before other verbs to indicate particular moods or attitudes. The Most common of Chinese modal verbs are 能，会，要，敢，可以，必须，肯.

When creating poster, the following resources were used:

If you have an interesting resourse for learning Chinese, here can be placed your banner. Contact: hi@cnvocab.com

Have a question, remark or idea?
or mb just wanna say thanks? =)
Lets drop a comment:

Thanks
for your interest!

Hope content of this site is of use for you!
Good luck in fast and effective learning Chinese language!